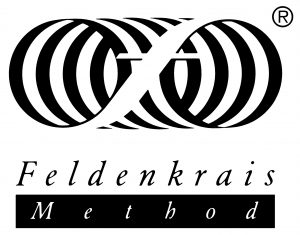 Feldenkrais is a movement-based process of learning, which applied over time can lead to far-reaching changes is physical, mental and emotional well-being. Feldenkrais uses neurology, the science of human development as well as physics to allow you to learn better ways to move and in a broader sense “act”.

Feldenkrais is offered as

With both, I have specialized my practice to address the special needs of dancers/ performers, musicians/ singers as well as yoga practitioners.

The follwoing video was provided by the International Feldenkrais Federation (IFF). The IFF is the coordinating organization of Feldenkrais Guilds and Associations and other key Feldenkrais professional organizations worldwide. 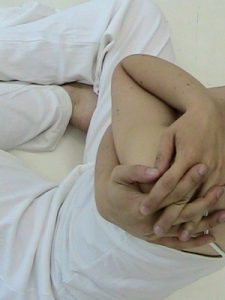 Continuing Awareness Through Movement classes offered at Studio SHA are listed under Weekly Classes, including information about how to join these courses and/ or take a trial class.

If you’d like to know more more about one-on-one Feldenkrais sessions, please go to Functional Integration. A testimonial, written after an FI lesson with me, was written by Joey Juschka and published in the newspaper “taz”, see Erfahrungsbericht (in German).

If you do speak German, also have a look at Feldenkrais-Gedanken für den Alltag and learn how you can apply basic principles of the Feldenkrais method to everyday life.

You’ll find more information about Dr. Moshé Feldenkrais as well as the Feldenkrais method on the web page of the German Feldenkrais Association (FVD), of which I’m a member: Feldenkrais-Verband Deutschland e. V..

** The techniques described are to be understood as wellness and relaxation massage. They are not a substitute for medical treatment. If you have an acute injury or illness, please consult your doctor. **